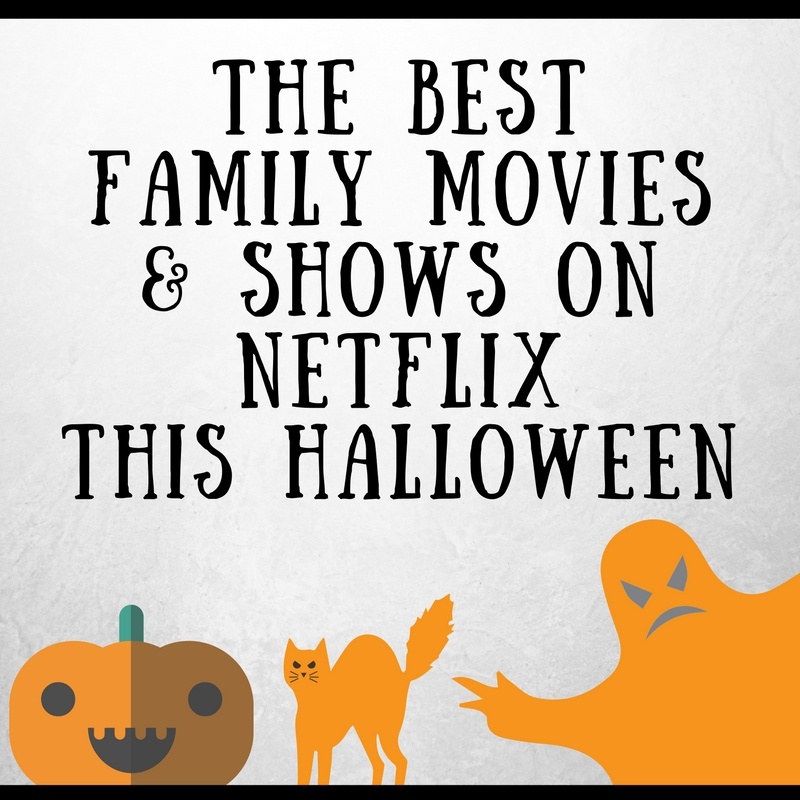 Here it is: our list of the best family movies and shows to watch on Netflix Canada this Halloween.

Halloween is a big deal in our house. We decorate, carve pumpkins, make spooky treats, Trick or Treat geared up in costumes (adults too!), and generally just have a really fun time.

Well, as seriously as we can take a holiday that generally sees us dressed up in goofy outfits eating copious amounts of candy.

In the spirit of doing Halloween right, we sat down with the kiddos to make playlists of our favorite Halloween movies and shows on Netflix Canada.

You’ll find playlists for little kids (age 7 and under), age 8 to 10 (because our almost 8-year-old insisted she was “too big” to watch the little kid movies), pre-teen/tweens (because some of our 11-year-old’s picks were a little too scary for his 8 year old sister), teens (because, well, they’re a force of their own), and adults.

Now, full disclosure here, I’m well over my teens, but I’m probably too much of a wimp to watch most of the titles on the adults’ list. Well, except for The Walking Dead and Supernatural, mostly because those are two of the best TV shows around these days. So, you’ll probably be able to find me watching Hotel Transylvania while waiting for Trick or Treaters.

Now, Netflix has a huge library with hundreds of spooky titles, so we’ve narrowed down this list to what we think are the best, age-appropriate TV shows and movies for Halloween.

We used Netflix’s ratings to help us decide where we were unsure on age categories, and our own discretion as well.

So enjoy, you’re bound to find a great Halloween title below. 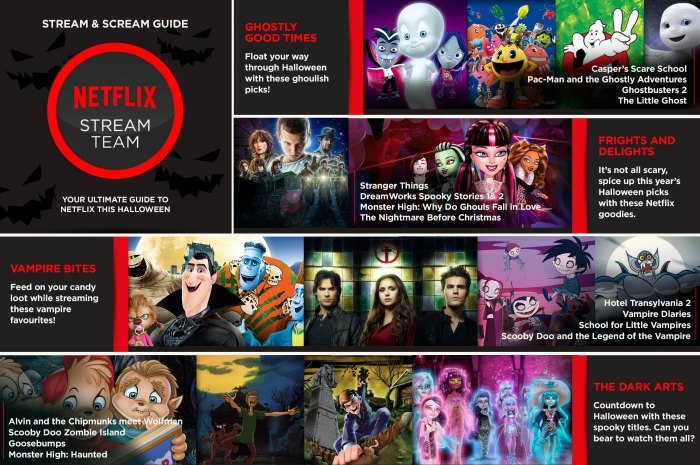 Alvin and the Chipmunks meet Wolfman

Scooby-Doo Music of the Vampire

A Monster in Paris

Wallace and Grommit: The Curse of the Were-Rabbit

House at the End of the Street

Stranger Things (This is rated PG-14, so suitable for teens as well, but parents will love the perfectly on point 80’s nostalgia)

The Exorcism of Molly Hartley

From Dusk till Dawn

Want some more Halloween fun? Check out our Mega list of over 700+ Halloween Pumpkin Carving stencils!

You can find Netflix on your SmartTV, iOS or Android phone, and the Netflix website. 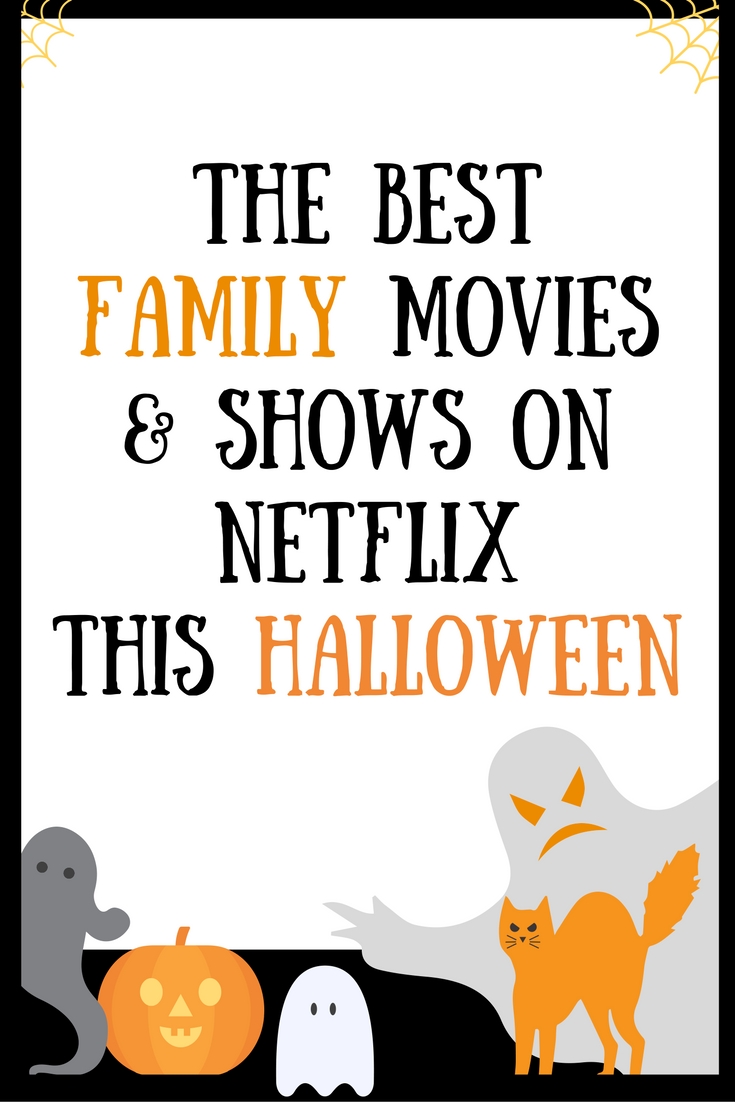 The Best Movies About Family Vacations

Get Better Audio with Magnolia’s March AudioFest at...

The Best Shows to Watch on Netflix Right...

Christmas Movies on Netflix Canada the Family will...

Easy Alien Cupcakes with Eyes on a Stalk